We traveled to Boston, Massachusetts to PAX East this year and we were quite busy! We had a fantastic time and want to thank everyone that stopped by to visit. In case you missed us, we showed off our current press build, were interviewed and won an award!

We were pushing hard to make a stable PAX East build for press and influencers to get their hands on, and it would double as a good play test weekend for us. The level that the press were allowed to play will most likely be included and tweaked up for the Alpha backer build. Our Game Director Joe Fielder and Lead Designer Tim Stellmach were interviewed on Alienware live and talked a bit about the game and we showed off some new screenshots from the game. Last, but surely not least, Underworld Ascendant won an award from Marooners’ Rock for Writer’s Choice Award!

We had a fantastic time and received a lot of great feedback from players and we jotted down noteswhile watching the sessions. This week, we’ll be incorporating some of those quick (and long-term) fixes, as well as preparing assets for our next big milestone: E3

Here are a few shots from our PAX East weekend. 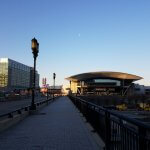 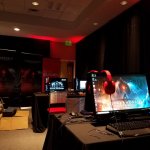 Setting up for private viewing 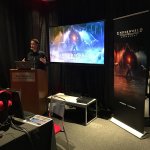 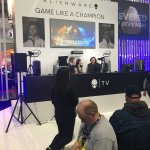 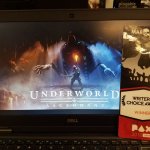 Any cookies that may not be particularly necessary for the website to function and is used specifically to collect user personal data via analytics, ads, other embedded contents are termed as non-necessary cookies. It is mandatory to procure user consent prior to running these cookies on your website.

Analytics
Performance
Other
Advertisement
Save & Accept